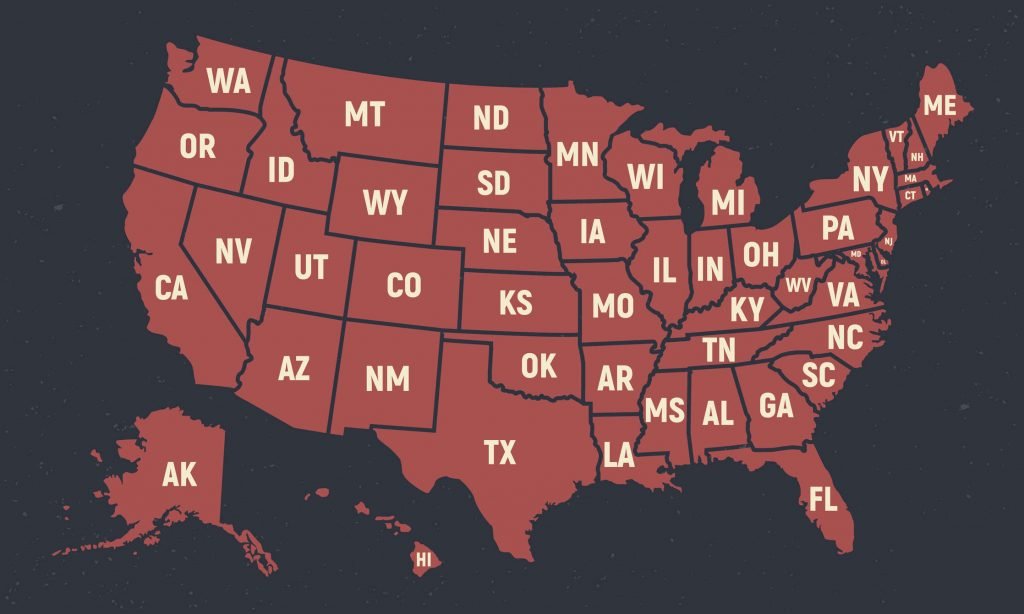 The Top Inbound States of 2020

On the internet, there are hundreds of articles about some of the best places to live, which is all well and good, but Pack And Ship Movers trust not so much what some so-called lifestyle expert says is the best place to live but rather the top move-in states & where people are actually choosing to hire moving services to move them too. After all, despite journalistic efforts to the contrary, Abraham Lincoln said, Public Sentiment is everything in the United States.

So when it comes to moving, don’t follow what journalists and life-style writers think are the top move-in states to go to. Pay attention to where many of them are actually going.

If you are surprised that Idaho got the crown the top inbound states of 2020, we do not blame you. After all, what does Idaho have that other states don’t? There are actually 4 reasons why Idaho is the fastest-growing state in the nation.

The West is King for the Top Inbound States of 2020

This seems to reflect the mass exodus from California in particular, where people, particularly retirees are tired of high taxes, unsafe and oversized cities, stable jobs, and in particular skyrocketing housing costs. It seems that people want to live in the West and the Southwest, just not in California, which saw a record 619,000 people move out in 2020.

Where did they move to? It seems as though many people, tired of California, still desire to live in the West. Outside of Texas, which was the most popular post-California destination, Arizona, with 65,000 movers, was number 2.

Not surprisingly, therefore, Pack And Ship Movers report that the number 2. the destination in the country to hire their moving services was Arizona.

The main reason that retirees move to Arizona is of course the tremendous amount of retiree-friendly activities and health care. Close to 20 percent of the population is retired, so retirees have a huge influence in Arizona.

But Arizona beats the heck out of places such as Los Angeles, where to live comfortably, you need to have an income of around $130,000 per year, whereas to live comfortably in Arizona you only need around $48,000 and even many two-earner retirees families can manage that, let alone younger couple moving to Arizona.

Packing & More moving companies also note that many former West-coast retirees and families move as far east as New Mexico. The picturesque scenery, the almost continuous days of sunshine, and the reasonable costs attract many. A couple can live comfortably in Albuquerque for roughly 1/3 of the cost of living in Los Angeles.

The South has it’s advantages too

South Carolina is rated the number 4 move-in state in the nation, and Packing & More moving services say they get frequent requests for help in moving to South Carolina.

People from the Northern States such as Michigan just love the warm weather of South Carolina, and the state’s low affordability barriers and low real estate prices will generally ensure you have plenty of money left to enjoy yourself.

And as far as that old southern hospitality goes. It does exist. In Fact, Charleston, the largest city in the state has consistently been rated among the most friendly cities in the nation.

Next is Florida. Florida may not have all the friendliness of South Carolina, but it might be considered to be the Arizona of the east coast. Not everything about Florida glitters as gold as Kiplinger.com reminded us in an article entitled “11 Reasons You Don’t want to Retire in Florida.” Still, apparently, most new retirees don’t read Kiplingers, and Florida has nearly 4.2 million retirees.

There are two major draws to living in Florida for most retirees. One is that many of their friends have already done so and number 2, that they are just a short plane ride away from New York, Boston, Pittsburgh, and Philadelphia to go “home” to visit relatives. On top of all this, Florida has literally dozens of age-restricted communities and access to some of the finest medical care in the country.

North Carolina, rated at number 9 of the top moving destinations has most of the same attributes as South Carolina, southern charm, great weather (minus the occasional hurricane), and relatively low cost of living

In addition, North Carolina has pockets of areas with a highly educated, tech-savvy economy plus several first-class hospitals. Therefore, North Carolina is not as filled with old-world charm as South Carolina, but it does have a lot of attractions for young families.

You wouldn’t think so, being from the Dakotas, but South Dakota attracts a tremendous number of retirees. First, the weather is not that bad, and secondly, not only is there significant hunting, fishing, and hiking but a booming economy. For those wanting to get away from the rate race, they could do far worse than South Dakota.

As far as Washington D.C. is concerned, this has been a perennial favorite on the mover’s list for years. And the number one reason is jobs. Not only are there thousands of Federal job openings every year, but there are hundreds of law firms and lobbying firms that are very active in the D.C. area. D.C. which ranked 6th on the list for 2020 will remain high up on the list for many years to come.

©2022 Pack and Ship Movers  All rights reserved | Designed by: Naked.Media