How To Pack Computers & Electronics For Moving 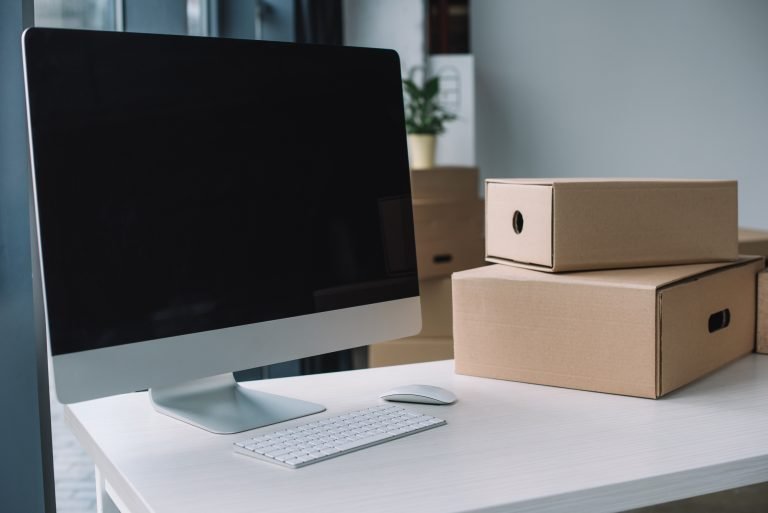 How To Pack Computers & Electronics For Moving

Moving is quite a challenge for most people, hence the continual need for moving services. In particular, computers and electronics, primarily televisions are difficult items to pack. There is an art to packing electronics for moving. as well as how to pack computers for moving

For example, remember that 65 inch Sony OLED TV that you snagged on a Black Friday sale for nearly $1,000 off? Fantastic, but if you don’t follow the directions to packing electronics for moving and it breaks, there is no warranty in the world that will replace it.

The same goes for computers. A high-end MacBook Computer may be just the thing for your business, particularly if you deal with a lot of visual files as most photographers and graphic artists do.

But if you move your computer and it jostles around in the process, not only are you likely to have to spend a significant amount of money on computer repairs, but you may have a year or two’s worth of files that completely disappear and are worth 10 to 20 times that amount in lost business. Therefore, the first rule when moving any computer or a television with smart file technology is to back up everything.

Most people do this by sending everything to the cloud or through a large file saving system such as Dropbox, but even if you have to do it by backing everything up through. Thumb drives, be sure to back everything up. If you learned only this, you’ll be far ahead of those who have moved computers and lost valuable and irreplaceable data.

Next, we’ll start with the actual packing to move

Again, we highly recommend you letting a moving services company do it for you, as you will be much more satisfied with the results, plus the moving company will have insurance in case something goes wrong.

So in the case that you let the moving company do the work for you, the only real job is to make a detailed inventory of the electronics that are being moved.

Let’s say the moving company will be packing a big-screen TV, a high-end computer, and a laser printer.

Okay, the moving company has moved thousands of these items without damage, but in the rare case of damage and you do need to file an insurance claim, both from the moving company and possibly your own household insurance policy, you are going to need documented proof of the replacement value of any item damaged.

This means that you need to know the exact model by the manufacturer’s serial number,

the store where you purchased it, and the price that you paid. In addition, if possible, also have all receipts for the purchases.

Store this is a safe place on your move. By all means, don’t store it on your computer you are moving on the move.

Those two pieces of business out of the way, now we can discuss moving your electronics and computers yourself.

The original box is best

If there is one thing that Pack And Ship Movers can pass around about how to pack electronics for moving or packing computers for moving, it is to keep the original box they came in.

Since televisions and computers are major components that must be shipped far and wide,

believe us when we say that electronics companies invest a lot of time in money into the right packing equipment to move their goods.

So make it a habit, whenever you purchase any type of computer, television set, or printer to keep the original container that it was shipped in. That includes not only keeping the box the TV or computer it was stored in, but all of the styrofoam and bubble wrap that was included.

This, in fact, is so important, we not only recommend keeping the original packing equipment but when you open the box, you take your cellphone and snap a few photos ofhow the electronics were packed in the surrounding styrofoam and bubble wrap.

This way, when you pack if you can closely imitate the way the electronics were originally shipped, you can avoid 90 percent of everything that can go wrong in moving your electronic equipment.

How to pack computers for moving

In general, packing most electronics in the original shipping container is enough, but there are elements you should consider in how to pack Computers for moving.

In case you happen to drop the box, not only can you put a dent in the outside of the computer but important elements can be damaged on the inside, particularly if we are talking a full-sized PC rather than a laptop.

The elements that can be most damaged are the cooler, the hard drive or the graphics card.

If you remove the graphics card, which can easily be damaged, be sure to place it in the original anti-static bag it came in to avoid problems.

The hard drive can be carried with you in a suitcase, and the water cooler can either be removed or you can use zip ties to keep everything in place.

While packing computers for moving does take a significant amount of time, remember that you paid $2,000 plus for it, which will take some of the sting out of the preparation.

Then place the screen in a separate box, being sure the box is barely larger than the whole dimension of the box. You want to be sure that the screen can’t possibly shift while moving the box.

We’ve already discussed how using the original box to move your TV is ideal, but in case you threw it out, the main thing to do is to protect that screen. A thick, heavy blanket should be securely wrapped around the screen.

When you place it in a box, be particularly careful that the screen remains right side up. Clearly use arrows and red magic marker to identify the top of the box, and be sure you and any helper you have, always keep the television upright.

Once you have moved it into a moving van, the best thing to do is sandwich the television box securely in the van with a couch or a mattress so that it stays absolutely still in the moving process.

Again the principle is to use the original box if at all possible. Moving a printer is less of a problem than other electronics but you do want to remove the ink cartridges on the item before packing it away.

Should you move it yourself or let a mover Do the Packing & more?

If you are just moving across town, then possibly you can risk it. Just be careful in every element of packing for moving.

If, however, you are moving across the country with several thousand dollars worth of electronics, once you’ve seen how much work it requires to protect electronic equipment, chances are you’ll never want to attempt to try it twice; so let Pack And Ship Movers handle all the moving needs!

©2022 Pack and Ship Movers  All rights reserved | Designed by: Naked.Media